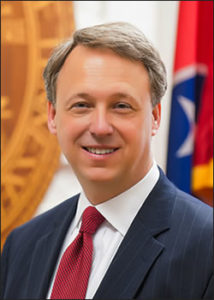 Gen. Stephen Crump returned to his hometown and began as an Assistant District Attorney in 1997. He quickly found that he loved the unique ability to help people that being a prosecutor provided. Every day brings new challenges and new opportunities to serve. Gen. Crump serves Tennessee’s District Attorneys as the chairman of the Legislative Committee and helps form policy for the Conference and the state of Tennessee.

Sea Ray, MasterCraft and Yamaha Jet Boats as well as many other boats begin their lives on the Tennessee River in Vonore, Tenn., and the world’s best smoked bacon and country hams can be bought at Benton’s Smoky Mountain Country Hams.