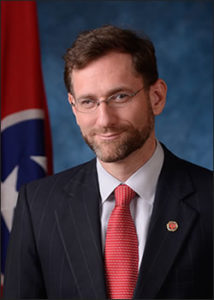 District Attorney Gen. Jennings Jones is a career prosecutor, with multiple decades of experience in handling criminal cases of all types. Starting in the District Attorney’s Office in 1998, Gen. Jones worked as an Assistant District Attorney for 16 years before running for office in 2014. Gen. Jones understands that each case must be examined individually, with the most serious cases receiving the most serious punishments. Above all, he understands that goal of his office is to seek justice in each case.