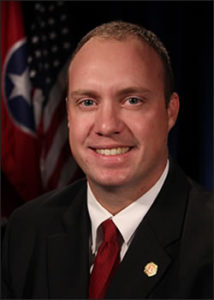 Gen. Carter is currently a member of the National District Attorneys Association, a former board of director’s member of Love Helps, Inc., a nonprofit charitable organization in Nashville, and a volunteer for American Cancer Society’s annual “Fabulous Fifties” fundraiser in Fayetteville. Gen. Carter was the assistant baseball coach for Fayetteville Middle School and Fayetteville High School in 2011–2013.