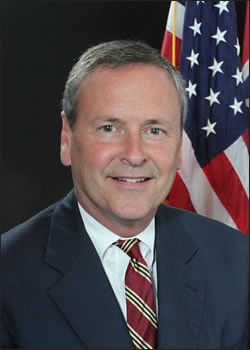 General Funk is a proud husband to wife Lori and father to their three grown children. A church leader, he also serves on the board of directors of TN Voices for Victims, the YWCA, the Vanderbilt Kennedy Center Leadership Council, the Rochelle Center, Room in the Inn, the Child Advocacy Center, the Down Syndrome Association, and other organizations.  He was named 2014 ‘Man of the Year’ by The Tennessee Tribune newspaper for his work toward enhancing diversity in the District Attorney’s Office.

Nashville has 11 General Session courts, which also include a number of specialty courts for special needs (such as Recovery Court, Veterans Court, and others).  The district has 6 criminal court divisions.

Nashville has been called the ‘IT’ city for close to a decade, with an average of 100 people moving to the city each day. The population is soaring, and the skyline is ever-changing as new companies such as Amazon and Oracle move their operations here. Music City is also home to a number of colleges and universities, giving our city another moniker:  The Athens of the South.