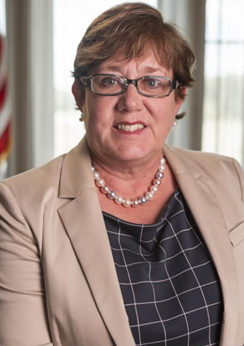 Gen. Helper is committed to seeking justice for all parties in the criminal justice system. She is licensed to practice law in Tennessee, New York and Florida. She resides in Franklin, Tenn.