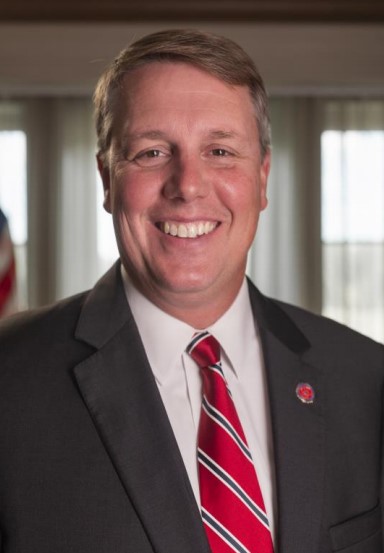 Gen. Jody Pickens is a lifelong resident of Madison County, Tenn., having lived outside the county only to attend law school. He is the husband to the former Linsey Stone and the proud father of three children: Stone (8), Sarah Tucker (6) and Elizabeth (5) – all of whom provide him the motivation every morning to go to work to better the community he has loved his entire life. Upon graduating from law school in 1996, Gen. Pickens was fortunate to be hired as an Assistant District Attorney General by Gen. Jerry Woodall. He worked in this position for 21 years. Upon Gen. Woodall’s retirement in 2017, Gen. Pickens was appointed District Attorney General by Gov. Bill Haslam. The next year, he ran unopposed to keep the position. “My career as a prosecutor has been both challenging and rewarding,” Gen. Pickens said. “It has given me an opportunity to make the communities of the 26th Judicial District a safer place to live.”

The 26th Judicial District contains five colleges and universities. It also has a family justice center named the Safe Hope Center, which the DA office staffs along with the Jackson Police Department and Women’s Rape and Resource Program (WRAP). Madison County, which along Chester and Henderson counties makes up the 26th Judicial District, is the center for higher education, health care, commerce and entertainment for all of West Tennessee.