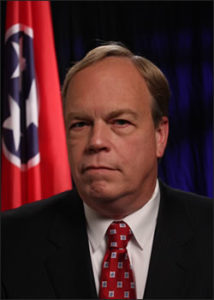 Gen. Mike Flynn has been married to Vickie Connatser Flynn for 38 years. They have two children and four grandchildren. Throughout his career, Gen. Flynn has been very active in establishing a Recovery Court program in the 5th Judicial District. He has served as the president of the Tennessee Association of Recovery Court Professionals and currently serves on the Tennessee Department of Finance and Administration’s Recovery Court Advisory Court Committee. When asked why he ran for District Attorney General, he had this to say: “I ran for District Attorney General because I felt that the voices of victims were often overlooked. Throughout my career, I have attempted to listen to victims and make them a part of the criminal justice system.”

The 5th Judicial District is home to Maryville College. The district has a very active Children’s Advocacy Center and a Domestic Violence Center. The District Attorney's office works very closely with both of these organizations.